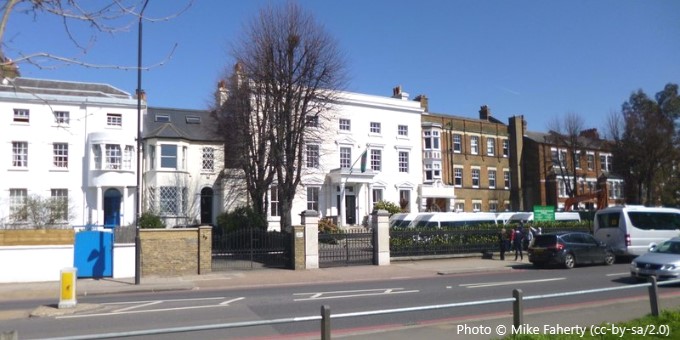 Independent prep school and nursery in Clapham.
For pupils aged 3 to 13 years.
Boys' school (mixed nursery).
Day school.
Not a school of religious character.
Non-selective admissions policy.
Large school with an average of three classes per year.
Standalone prep school, not tied to any one senior school.
Eaton House The Manor Boys fees range from £6,010 (Rec) to £7,005 per term (2020/21).

Schoolsmith Score®; 82.
One of the best independent prep schools in Clapham and Battersea and one of the 4 best primary schools within 0.5 miles.
On average, 16.2 pupils per class and 15.5 pupils per teacher, from Year 1.
Leavers' destination schools for the 20% of pupils who leave Eaton House The Manor Boys' School after Year 6 are one of 10 independent London day schools. Whitgift and King's College Wimbledon are the most popular, typically accounting for 40%. Year 8 leavers go to one of 20 independent day and boarding schools. The most popular are Dulwich College, Tonbridge, Eton, Harrow, Westminster, Whitgift, St Paul's and Radley College. On average they account for 50-70% of Year 8 leavers. 20% of pupils win awards and scholarships.
School curriculum is based on the National Curriculum and the ISEB Common Entrance curriculum with some additions and variations. It also includes PSHE, chess, French, Latin, Greek. There are up to 10 extra-curricular academic clubs per year group per term.
Specialist teachers for sport, music and languages throughout, and for all subjects from Year 6.
School offers a programme of day trips and visitors to enhance the curriculum. Residential trips for the senior pupils.
School offers over 10 different sports. Competitive teams in major sports from Year 3.
Art, music and drama are taught as discrete curricular subjects to all pupils. All pupils learn an instrument in class and 75% take extra-curricular instrument lessons from Year 3. Two choirs, orchestra and several instrument ensembles. Up to 10 extra-curricular creative and performing arts clubs per year group per term.
Wraparound care from 8.00am to 6.00pm.

Find another school near Eaton House The Manor, Boys' School