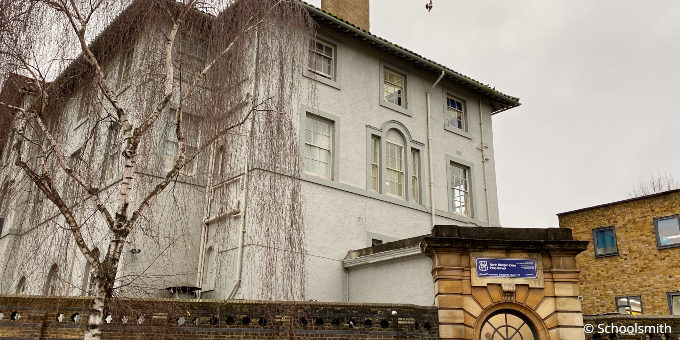 Independent prep school and nursery in Camden Town.
For pupils aged 2 to 13 years.
Mixed school (boys and girls taught separately from Year 6).
Day school.
Not a school of religious character.
Non-selective admissions policy.
Very large school with an average of five classes per year.
Prep school to North Bridge House School, an all-through school to age 18.
Fees range from £6,320 (Rec) to £6,840 per term (2021/22).

Schoolsmith Score®; 83.
One of the best independent prep schools in Camden Town and one of the 3 best primary schools for 0.5 miles.
On average, 17.3 pupils per class and 11.3 pupils per teacher, from Year 1.
75% of North Bridge House Prep pupils leave after Year 6, the most popular destination being North Bridge House Senior. 35%-45% of pupils move up, mainly to the Hampstead branch. Otherwise, pupils move on to one of 25 different schools. The most popular, Highgate School, North London Collegiate, City of London Girls, South Hampstead High, Channing, and UCS rarely account for more than 5% of 11+ leavers. It's mainly boys that make up the 25% who stay at the Prep to Year 8, when they head off to one of 12 different schools. Mill Hill Senior is the most popular, taking 35%. City of London School takes 20% of Year 8 leavers.
School curriculum follows the National Curriculum and the ISEB Common Entrance curriculum. It also includes PPE (philosophy, politics, economics), General Studies, Critial Thinking, PSHE, French, Spanish, Mandarin, Latin. There are over 5 different academic clubs per year group per term. In recent years the school has enjoyed national tournament success in chess.
Specialist teachers for sport, music, languages and computing throughout, and for most subjects from Year 5.
There is Forest School for the pre-prep pupils, and regular educational trips for all year groups. Residential trips from Year 5.
School offers over 15 different sports. Competitive teams in major sports from Year 3.
Art, music, and drama are taught as discrete curricular subjects to all pupils. Over half the pupils learn a musical instrument (from Year 3). Five choirs, orchestra and several instrument ensembles. Over 5 different visual and performing arts clubs per year group per term.
Wraparound care from 7.30am to 6.00pm. Minibus service.