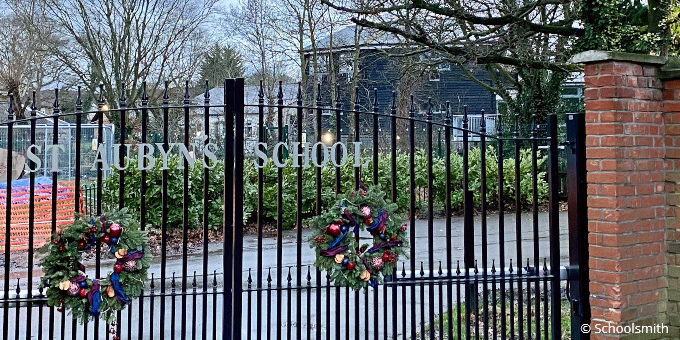 Independent prep school and nursery in Woodford Green.
For pupils aged 3 to 13 years.
Mixed school (about 50%/50%).
Day school.
Not a school of religious character.
Non-selective intake.
Large school with an average of three classes per year.
Standalone prep school, not tied to any one senior school.
St Aubyn's School fees range from £3,500 (Rec) to £4,310 per term (2021/22).

Schoolsmith Score®; 82.
One of the best independent prep schools in Woodford Green and one of the 5 best primary schools for 1 mile.
On average, 20.3 pupils per class and 15.6 pupils per teacher, from Year 1.
Destination schools for St Aubyn's School pupils typically rank in the top 5% of UK schools by academic achievement. Two thirds of pupils go on to one of 4 grammar and 15 independent schools at 11. The most popular schools are Forest School (20% of leavers), Bancrofts (15%) and Chigwell School (15%). Woodford Grammar is the most popular grammar school. Of the pupils go on to one of 10 independent schools at 13, the most popular also being Forest, Bancrofts, Brentwood, St Edmund's and Chigwell. 10-15% of pupils win awards and scholarships.
School curriculum also includes PSHE, French, Latin. There are a small number of academic clubs.
Specialist teachers for sport, music and languages throughout, for computing from Year 2, for dance, drama and DT from Year 3, and for Latin from Year 6.
School has an international perspective, being part of the Comenius project, an EU funded school linking programme, and has gained a British Council's International School Award. School has an army cadet corps which promotes outdoor learning including orienteering, field craft, marksmanship.
School offers over 15 different sports. Competitive teams in major sports from Year 3.
Art, music and drama are taught as discrete curricular subjects to all pupils. Over half the pupils learn a musical instrument (from Year 3). 4 choirs, orchestra and two or three instrument ensembles. There are also some visual and performing arts clubs.
Out of school hours care from 8.00am to 6.00pm.