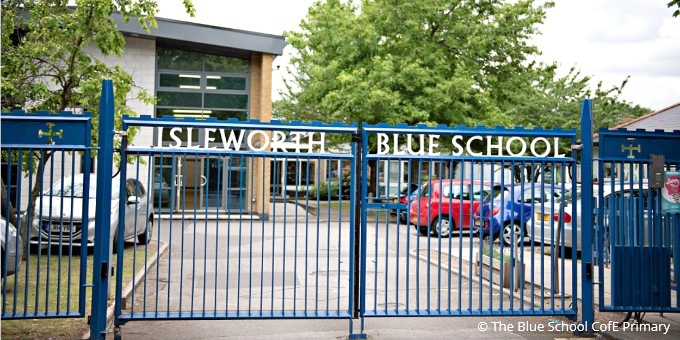 State primary school (voluntary aided) and nursery in Isleworth.
For pupils aged 3 to 11 years.
Mixed school (about 50%/50%).
Day school.
Church of England faith school.
Non-selective admissions policy.
Medium sized school with an average of two classes per year.
School not tied to any one senior school.
No fees.

Schoolsmith Score®; 70.
One of the best state primary schools in Isleworth and one of the 3 best independent or state primaries within 1.5 miles. One of the 5 most oversubscribed state primaries for first preference admissions in the Hounslow LEA.
On average, 29.2 pupils per class and 25.3 pupils per teacher, from Year 1.
In the top 8% of schools in the country for attainment in Year 6 SATS exams, over the last 4 years. Pupils go on to one of 25 secondary schools including some academically selective private & state schools.
School follows a more traditional subject based curriculum, where enquiry skills are developed with the subject. School augments the National Curriculum with emphasis on Christian faith and social morality.
In the top 20% of schools in the country for pupil progress, over the last 4 years.
School curriculum also includes PSHE, French. There is a small number of academic clubs.
School offers over 10 different sports. Competitive teams in major sports from Year 3. School Games Award Gold accreditation.
Art and music are taught as discrete subjects to all pupils. DT, drama, dance integrated into other subjects. Choir. There are also some visual and performing arts clubs.
Rated as Outstanding by Ofsted in its last full inspection in 2008.

Find another school near The Blue School Church of England Primary