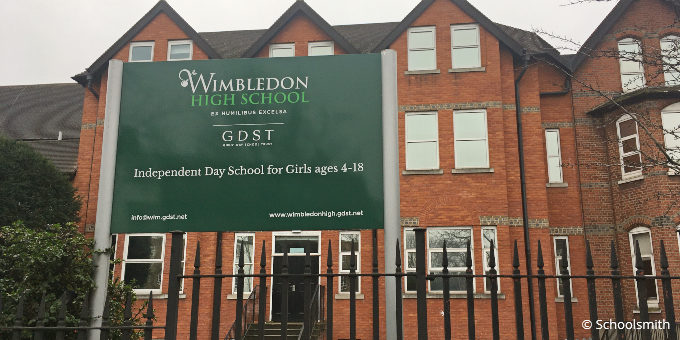 Schoolsmith Score®; 80.
One of the best independent prep schools in Wimbledon and one of the 3 best primary schools within 0.5 miles.
On average, 24.3 pupils per class and 16.7 pupils per teacher, from Year 1.
Most Wimbledon High Junior School pupils move up to the senior school, at the end of Year 6.
School curriculum is based on the National Curriculum with some additions and variations and also includes PSHE, French, Spanish, German, Latin. Each pupil may participate in over 10 different extra-curricular academic activities or hobby clubs. In recent years the school has enjoyed national tournament success in chess.
Specialist teachers for sport, music, art and languages throughout, and for science from Year 3.
School uses a thematic curriculum for all year groups. There is an emphasis on STEAM and the school has two "scientists-in-residence" to inspire both senior and junior pupils in pure and applied science and technology.
School offers between 10 and 15 different sports over the course of the year. Competitive teams in major sports from Year 3. In recent years the school has enjoyed national success in netball.
Art, music and drama are taught as discrete curricular subjects to all pupils. All pupils learn an instrument in class and most take extra-curricular instrument lessons from Year 3. Five choirs, orchestra and several instrument ensembles. The school offers each pupil between 5 and 10 different extra-curricular creative and performing arts clubs.
Out of school hours care to 5.30pm.