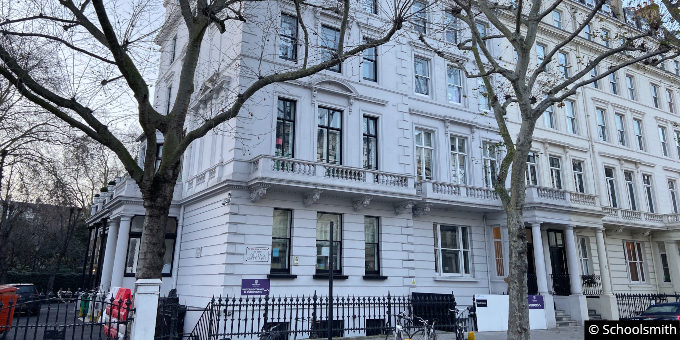 Schoolsmith Score®; 79.
One of the best independent prep schools in South Kensington and one of the 8 best primary schools for 0.5 miles.
On average, 17.8 pupils per class and 13.4 pupils per teacher, from Year 1.
Destination schools for Glendower Preparatory School pupils typically rank in the top 1% of UK schools by academic achievement. Pupils leave for one of 25 schools. On average, 75% go on to day schools, 25% to boarding schools. Of the day schools, over 60% of girls go on to St Pauls, Godolphin & Latymer, North London Collegiate, Latymer Upper, the Francis Holland Schools, or Putney High. Of the boarding schools, over half go on to Wycombe Abbey. 40-50% of pupils win awards and scholarships, half of those academic.
School curriculum also includes PSHE, French, Mandarin, Latin. There are over 5 different academic clubs per year group per term. In recent years the school has enjoyed national tournament success in science.
Specialist teachers for sport, music, art, drama and languages throughout, for science from Year 3, and for maths and English from Year 5.
School offers a programme of day trips and visitors to enhance the curriculum. Residential trips for the senior pupils.
School offers over 10 different sports. Competitive teams in major sports from Year 3. In recent years the school has enjoyed national success in netball, swimming.
Art, music and drama are taught as discrete curricular subjects to all pupils. The majority of pupils learn a musical instrument (from Year 3). Choir and one or two instrument ensembles. There are also some visual and performing arts clubs.
Out of school hours care from 8.15am to 4.00pm.