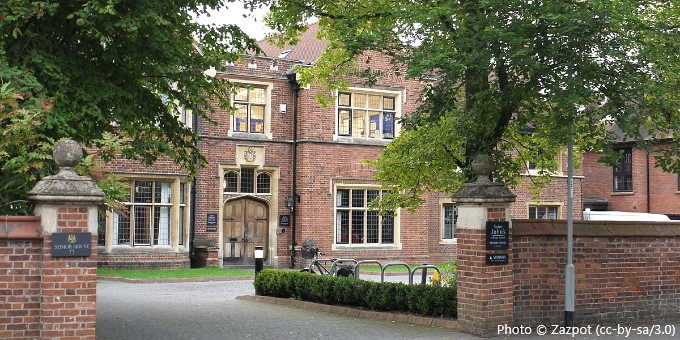 Independent prep school in Cambridge.
For pupils aged 4 to 13 years.
Mixed school (about 60% boys).
Day and boarding school. Around 10% of pupils board, all are full boarders. Boarding starts from Year 4.
Religious character; Church of England.
Choir school. Academically selective intake. Choristers selected on singing ability.
Large school with an average of three classes per year.
Standalone prep school, not tied to any one senior school.
St John's College School Cambridge fees range from £4,275 (Rec) to £5,365 per term (2019/20). Full boarding fees are £8,475 per term.

Schoolsmith Score®; 93.
One of the best independent prep schools in Cambridge and one of the 3 best primary schools for 1.5 miles.
On average, 19 pupils per class and 8.9 pupils per teacher, from Year 1.
Destination schools for St John's College School, Cambridge pupils typically rank in the top 5% of UK schools by academic achievement. One third leave for boarding schools, the rest to day schools. Half go to schools in the Cambridge area but the school has placed children at over 30 schools. 40% win awards and scholarships.
School curriculum also includes PSHE, philosophy, French, Latin, Greek. There are over 15 different academic clubs per year group per term. In recent years the school has enjoyed national tournament success in science.
Specialist teachers for sport, music, drama and languages throughout, and for most subjects from Year 5.
School offers a programme of day trips and visitors to enhance the curriculum. Residential trips for the senior pupils.
School offers over 20 different sports. Competitive teams in major sports from Year 3. In recent years the school has enjoyed national success in hockey, sailing, swimming.
School educates the choristers of St John's College, Cambridge. Art, music and drama are taught as discrete curricular subjects to all pupils. The majority of pupils learn a musical instrument (from Year 3). 5 choirs, orchestra and 11 instrument ensembles. Over 10 different visual and performing arts clubs per year group per term.
Attractive buildings and setting. Facilities are among the top 5% of prep schools.